A FEW WORDS ABOUT US

PMC has a panel of mediators specialising in mediation of commercial and insurance disputes.  All our mediators are registered with the Civil Mediation Council Limited. 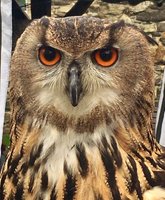 WHAT WE DO - MEDIATION OF  COMMERCIAL AND INSURANCE LITIGATION DISPUTES

Our mediators all have experience in mediating all kinds of commercial and insurance disputes, including professional negligence.

Professional negligence disputes often involve allegations of poor or negligent advice and even fraud, leading to sensitive, protracted and expensive litigation that the parties can ill afford, particularly if they have already suffered loss.

Claims are often funded by conditional fee agreements and/or damages based agreements.With professional indemnity insurers involved, the issues can be become more complicated, leading to further pressure on the parties both in terms of costs and time.

Dispute resolution processes such as mediation offer clients an opportunity to manage such disputes sensitively, confidentially and quickly.

Professionals' reputations are often on the line and mediation can help to reduce the risk of reputational damage.As the Courts increasingly penalise parties who refuse or ignore invitations to mediate it can be negligent to fail to offer mediation at an early stage or to accept an invitation to mediate.

The Professional Negligence Pre-Action Protocol expects the parties to a professional negligence claim to undertake alternative dispute resolution, to include mediation, before commencing any proceedings.

The idea behind standstill agreements is that they give claimants some extra time over and above the official time limits within which to finalise their investigations, in circumstances where they would otherwise be forced to start litigation and incur expensive court fees and other legal costs.

Claimants and defendant insurers are often happy to put matters on hold while they try to resolve them and avoid having to pay the issue fee or defence lawyers’ costs.

Litigation is increasingly expensive and outmoded. Mediation is a far preferable way of dealing with a professional negligence claim than protracted, stressful and expensive legal proceedings, involving costs and Court fees, which have risen exponentially.

It can cost 5% of the value of the claim to issue it at Court.  If fixed recoverable costs are introduced, as planned, then there will be a further incentive to resolve claims early on as any costs over the cap will not be recoverable from the other party.

For insurers and claimants alike it is better to spend a relatively small sum on a mediation rather than continuing with costly litigation.

Penalties for Refusal to Mediate

Since the case of Halsey v Milton Keynes, the Courts have deemed a refusal to mediate as constituting unreasonable conduct when considering costs at the end of the case.

There is still uncertainty following recent cases as to whether the Court will penalise a successful party who refuses to mediate and how. One thing is certain, however, that you can reduce the risk of an adverse costs order by agreeing to mediate.

Some Courts issue an Ungley or Jordan order providing that the parties lodge a statement at Court explaining why they are not willing to mediate, for the judge to consider. The Courts have shied away from making participation compulsory but the debate continues.

There is an instinctive feeling in the Courts that forcing mediation on the parties is the wrong way to go.

The court agreed, allowing the defendant to recover only 60% of their costs.  The judge noted there was no reasoned refusal to go to mediation, the defendants simply did not respond or made “a fairly bland refusal to all the invitations to mediate ... the effect of authority is now, in my view, that the court should regard a refusal or a failure to engage in a mediation in those circumstances as unreasonable”.

The costs penalty was imposed notwithstanding the defendant’s confidence in its own case, which confidence was borne out by success at trial and the judge’s view that “nothing I have seen suggests to me that there would have been any realistic hope that the matter would have settled at mediation”

The court also noted the defendants regarded the claim as a “try-on” and explored the possibility of making allegations of fraud or discreditable conduct against the claimant. This didn't stop the judge from penalising the successful party for not mediating.  Generally, even if you have a "slam dunk" case, there is still an obligation to try mediation or ADR, if nothing else, to narrow the issues and deliver the message.

Unless the client gave clear instructions to fight the case and to refuse mediation, which they are entitled to do, and to take the risk, a refusal to mediate which leads to a worse costs outcome might constitute negligence by the Solicitor. The client should receive clear advice about mediation options so as to make an informed choice as to the risks.

To help those involved in litigation to try to settle their differences without the need to go to court, the Manchester Law Society, the Greater Manchester Chamber of Commerce, local registered Civil Mediation Council mediators and ProMediate (UK) CMC registered Mediation Service Provider, have come together to offer a new, low cost mediation scheme.

Mediation sessions will be held at the Civil Justice Centre, if available, or at the Greater Manchester Chamber of Commerce Elliot House 151 Deansgate or at local lawyers’ offices.How it will work?

If you think mediation might help those involved in your case to reach a settlement you can ring this number to make the arrangements:

The scheme will be available to parties involved in disputes where the total value is more than £10,000 or the case has been allocated to the Fast Track or the Multi Track. It will also be available for those cases where one party seeks something other than money, for example an injunction. 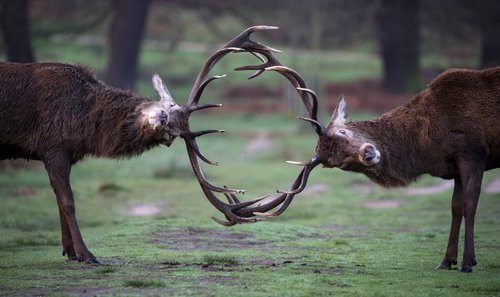 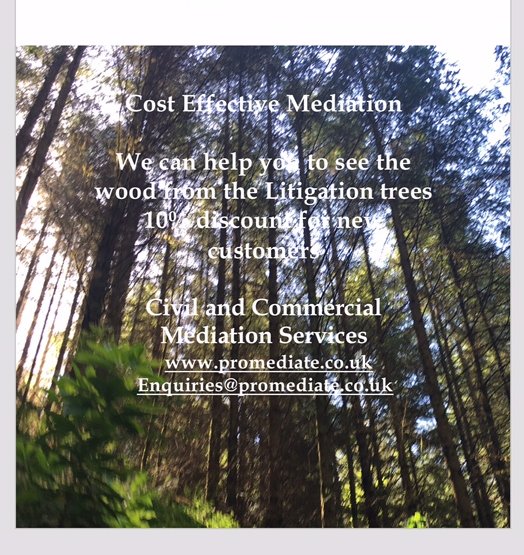 If you have any cases approaching limitation expiry please bear in mind the following:

In the case of a contractual dispute with a trader, which includes a professional negligence claim where you engage a certified ADR provider to deal with the dispute, the limitation period can be put on hold.

As long as we are engaged, and limitation is about to expire within 8 weeks, time stops running for limitation purposes.

So the ADR provider, such as ProMediate, can actually freeze the proceedings as long as the negotiation process continues. The provision is contained in the ADR Regulations 2015.  The long and short of it is that all you need to do to invoke these powers if you have a qualifying case (where limitation is about to expire in 8 weeks' time) is instruct ProMediate (UK) Limited, a certified ADR provider. The procedure then ends in 14 days if the other party fails to respond or agree to use ADR. If they do agree to use ADR, we can hold back time while ADR takes place. It then starts to run again 8 weeks afterwards.  This could give you valuable time to negotiate without having to pay an extortionate Court fee.

Not many people know that!